Solar water heating systems are very popular in China, where they can be purchased for as little as 1,500 RMB (US$190), much cheaper than in Western countries. It works out to be about 80% cheaper for a system of the same size. Over 30 million Chinese households now have one of these solar water heaters. Their popularity is probably due to the very efficient evacuated tubes which allow the heaters to be effective even on cloudy days and at temperatures well below zero.

They are a common sight here in Qingdao as can be seen from these photographs which I took from my office window. 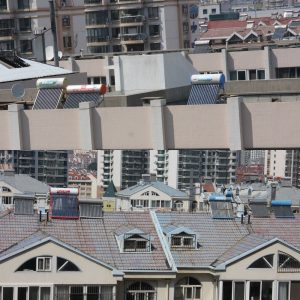 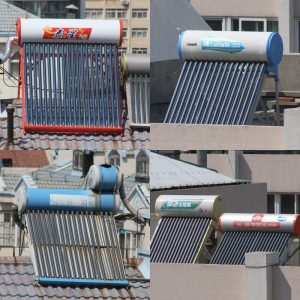 China is said to have over 400 photovoltaic (PV) companies and produce approximately 18% of the photovoltaic products worldwide. In 2007 China produced 1,700 MW of solar panels, which accounts for half of the world production of 3,800 MW. However, 99% of these were exported.

The overwhelming dominance of the Chinese manufacturers can be seen from these graphs and table. 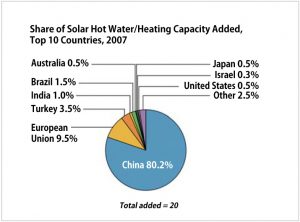 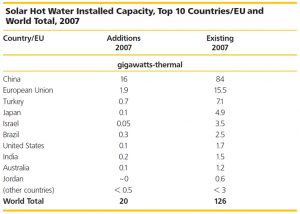 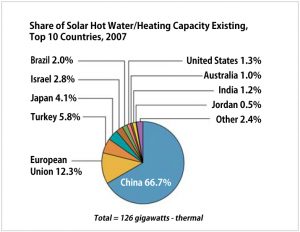